Thank you to WWD and Samantha Conti for the recent news story about the new retail direction for Ferrari flagship stores. The first featured here is in Maranello, the home of Ferrari.

“A first look at the new Ferrari store concept in Maranello designed by Sybarite: It takes a certain kind of courage to roar around a Formula One racetrack at 180 miles an hour, and a whole different kind to shift gears, say goodbye to the past and steer into new territory.”

“Inside and outside, Sybarite architects have not only paid homage to the Ferrari’s famous curves, but also to the greatest of early and mid-20th-century Italian design. In doing so Sybarite transported Ferrari into new territory and brought it right back home to Italy.”

Go back to news 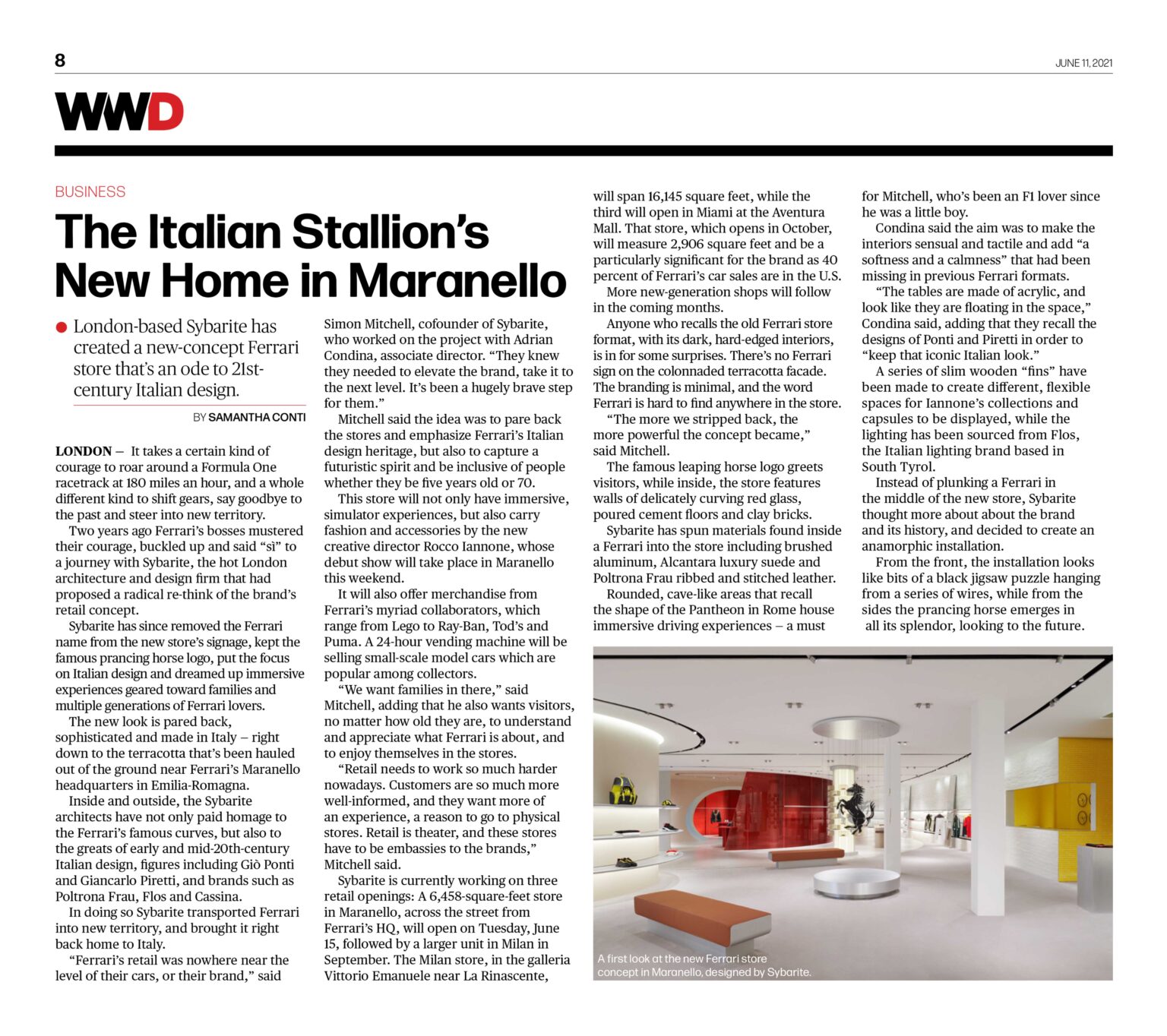