Working alongside CR Land in their MixC Mall, Sybarite were tasked with reimagining and elevating their cinema and premium entertainment experience in line with CR Land’s brand philosophy of “quality changes city life”. China Resources Land is one of the most notable integrated urban developers and operators in China. The Chinese film market is the second-largest worldwide. MixC Cinema is ranked as the largest cinema in Shenzhen.

The brief was to design a series of upscale and cutting-edge cinema screens, a VIP bar area, Green Rooms, branded merchandising and snack sales points. The central feature is a sinuous sweep of marble, reminiscent of a film reel, enveloping the upper floor and flowing down the stairway to the lobby area, marshalling MixC’s discerning customers through the space. 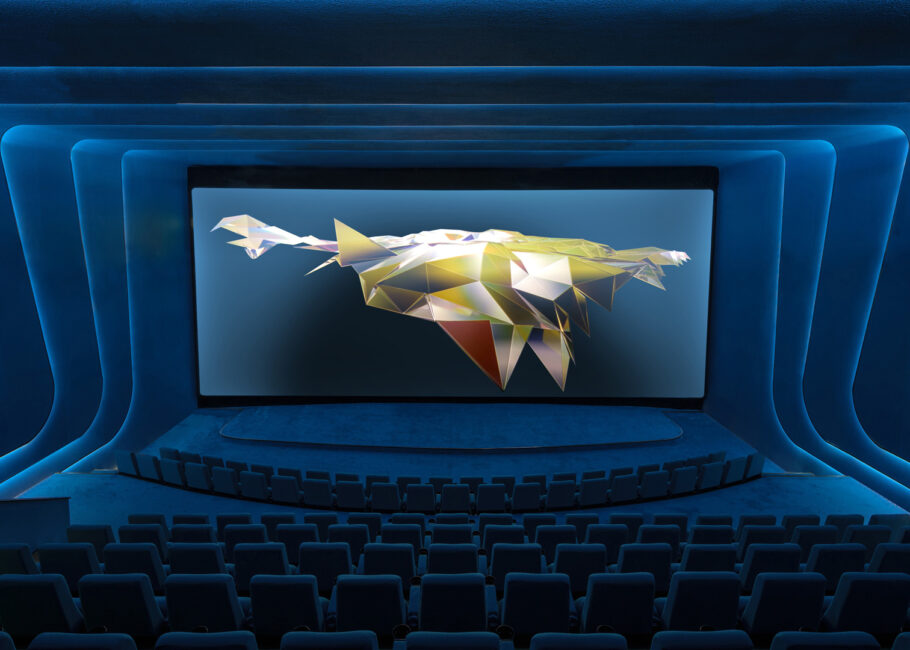